Fighting Back Against Terrorism | Paul Shemella 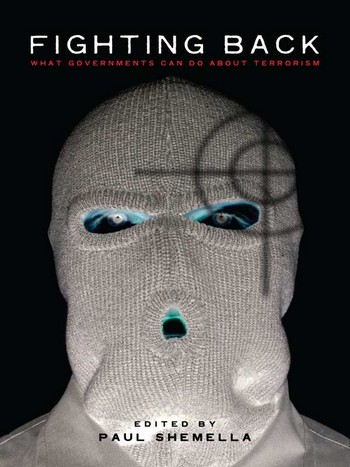 The academic works listed on this website include a book entitled Fighting Back: What Governments Can Do About Terrorism.  The other non-fiction books also discuss how governments might deal with such political violence.  The threat of terrorism plagues most governments, but responses to the threat are complex and difficult.  As a Navy SEAL, I planned and conducted special operations in Latin America, Europe, and the Middle East.  As a lecturer, I have traveled all over the world to help other governments understand terrorism and counter terrorism.  As a result, my fiction features those themes.  As I have said, we can all learn a lot from fiction.  This is especially true of terrorism, a set of activities that requires government officials to think beyond what is probable, imagining what is possible.  The website is designed to help readers understand how governments can deal with current and future terrorist threats, merging non-fiction with fiction.

In order to fight back against terrorism, we must understand precisely what it is we are dealing with.  Terrorism has many definitions (part of the problem), but most of us can agree that it is violence with political or ideological motivation intended to spread fear in a wide-ranging population.  Governments that get this wrong do not craft successful responses to either the threat or the action.  But terrorism is not really about the action; it is about the government’s reaction.  It is easy for national leaders to make matter worse—and most of them do.  Here are ten “precepts” for responding to terrorism that, if followed, will keep most governments on the right track.

Terrorism is associated with—but not necessarily aligned with—organized crime.  Where the operational objectives of criminals and terrorists coincide, there is cooperation.  Both threats are networked and can only be defeated by governments that can network—within their own institutions and among other governments.  Countering terrorism is, all at once, a national, regional, and even global fight.