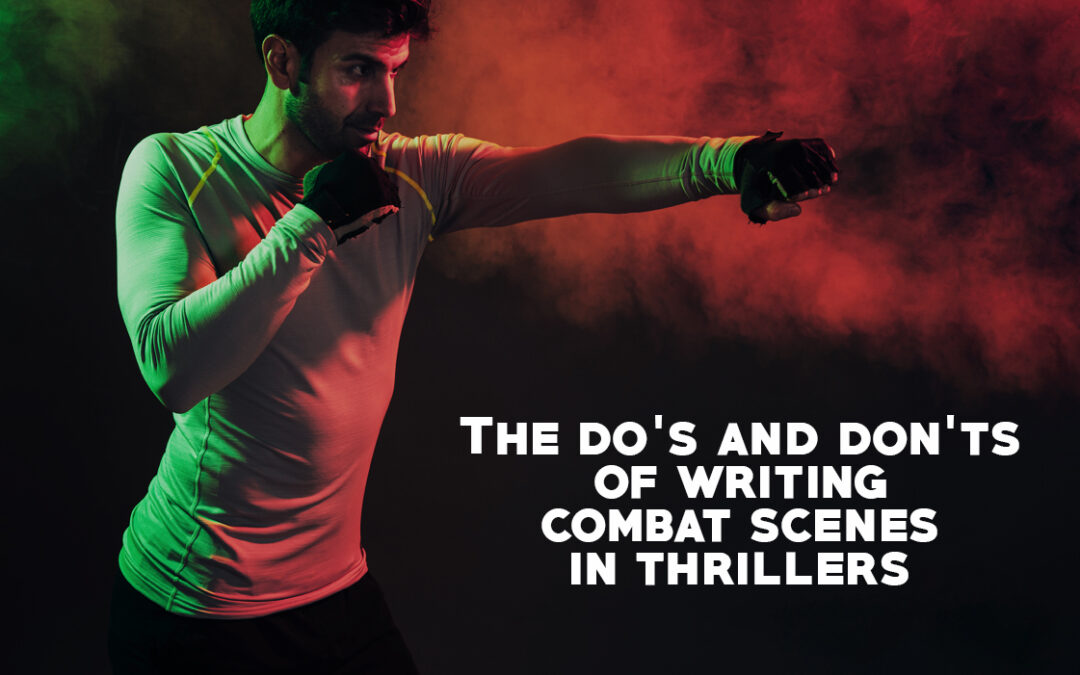 Combat scenes are common across a range of literary genres, from action and horror to fantasy and science-fiction. In thrillers, particularly, combat scenes are often essential. Books in this genre like crime thrillers or thrillers about drugs and thugs usually rely on combat scenes to manifest physically the conflict that is driving the story. These combat scenes are also generally used to keep the story alive, so as to prevent the readers from becoming bored.

Be incisive, do not over-describe

This is one of the most important things to keep in mind when writing combat scenes – to be concise and incisive. Combat scenes are supposed to be fast-paced. Their main purpose is to keep things alive in the story. Thus, if your combat scenes are dragging and dull, then they may not be as effective as you want them to be.

To avoid making your combat scenes dragging and dull, you need to avoid over-describing them. This is a common mistake among authors. They write combat scenes with extraneous detail as if they are describing a suspense scene or a dramatic one. However, combat scenes actually favor action over description. Because combat scenes are generally fast-paced, the language that you use when writing them should be action-based. Focus more on verbs, and minimize the use of adjectives and adverbs. You do not need to describe meticulously every punch, kick, duck, and pivot that your characters do. Leave some things up to the imagination of the readers.

Add emotions, do not focus too much on action

Even though combat scenes are generally action-based, this does not mean that they should be void of emotion. Emotion is actually the most important aspect of combat scenes. Emotions are what drive the actions of the characters. Without manifesting or illuminating the emotions of your characters, the readers will not understand why there is a need for combat scenes in the first place.

Emotion is also a determiner of the effectiveness of combat scenes. In order for combat scenes to be effective and have the most impact, the readers should be emotionally invested in them. To do this, you must illustrate the reactions and emotions of your characters with physical demonstrators (e.g. pounding hearts, weak legs, hazy vision, and more). You do not need to state everything that goes on inside the heads of your characters. Instead, allow the readers to see what your characters are feeling by subtly but vividly describing their emotions.

Keep things realistic, do not be overly-dramatic

Overly dramatizing your combat scenes may not amuse the readers, but make them roll their eyes rather. To avoid this, you must keep things as realistic as possible when writing your combat scenes. Avoid falling prey to clichés. Although they can be entertaining, they can also be too over-the-top and unbelievable. Common examples of these clichés that you often find in unrealistic fight scenes involve a protagonist who takes on multiple opponents and defeat them simultaneously without sweat, or characters with a seemingly unlimited supply of energy in a long battle. Remember, even though it can be tempting to make your combat scenes as dramatic and cinematic as possible, a 100% true-to-life action fight is still the most exciting thing to read, especially in thrillers.